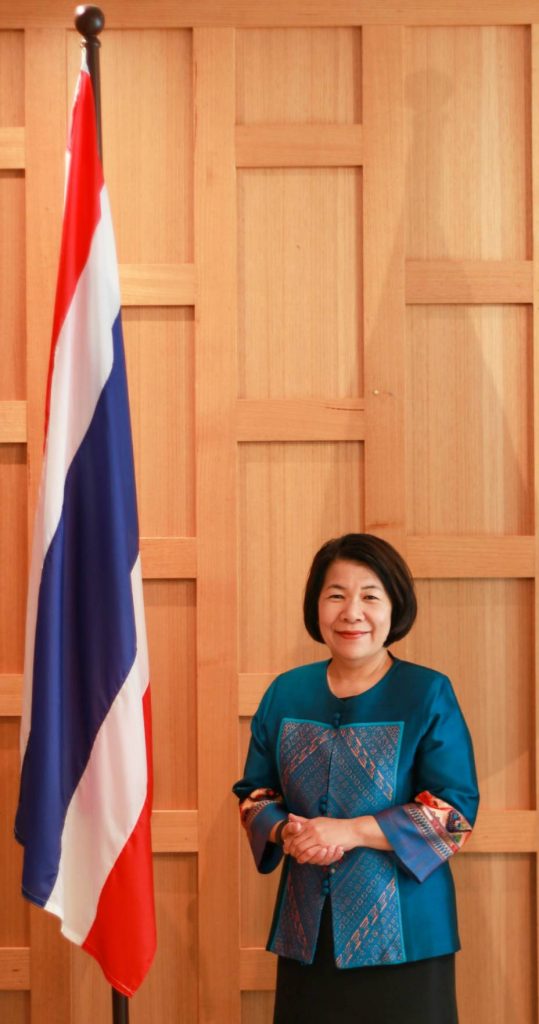 Prior to joining the Committee of Permanent Representatives of ASEAN in Jakarta, Ms. Santipitaks was Deputy Director-General of the Department of ASEAN Affairs during 2012- 2015. She also served as a Director responsible for Thai-EU relations, ASEM and OSCE matters between 2007-2012 after having been assigned as Counsellor and then as Minister- Counsellor at the Royal Thai Embassy and the Mission of Thailand to the European Union, Brussels during 2004-2007 responsible for relations between Thailand and Belgium, Thailand  and Luxembourg, as well as Thai-EU related matters.

Ms. Santipitaks is a graduate of the University of Delhi, India where she received a Bachelor of Arts (Honours) in 1985. She also received a M.A.L.D. from the Fletcher School of Law and Diplomacy, Tufts University, Massachusetts, USA in 1990.