Track 1.5 Dialogue to strengthen the relationship between Thailand and Australia

During 21-22 September 2022, Senator Kitti Wasinondh led a Thai delegation comprising of senior representatives from the public, private and academic sectors to participate in the Track 1.5 Dialogue to Strengthen the Relationship between Thailand and Australia.  The two-day Dialogue took place on 21-22 September 2022 at the Crawford School of Public Policy, ANU and at the Australia Institute of International Affairs, Canberra.  The Australian delegation was led by Mr. Allan Gyngell, National President of the Australian Institute of International Affairs, accompanied with key and active representatives from various public, private and academic sectors and industries such as the Department of Foreign Affairs and Trade, the Australian Chamber of Commerce and Industry, ANU, Asia Pacific Development, Diplomacy and Defence Dialogue (AP4D), USAsia Perth Centre and Lowy Institute.

The aim of the Dialogue was to support an open and constructive exchange of views amongst experts and key officials on advancing bilateral relations between Thailand and Australia and identifying prospects for strengthening the relationship in the context of the Strategic Partnership.  HE Ms Busadee Santipitaks, Ambassador of Thailand also participated in the Dialogue and shared her views on the current state of bilateral relations together with HE Ms Angela Macdonald, Ambassador of Australia to Thailand.  It was agreed that opportunities exist to deepen collaboration especially on trade and investment, education, clean energy, circular and green economy.

Furthermore, on 23 September 2022, Senator Kitti and the delegation, participated in a Roundtable discussion organised by the Department of Foreign Affairs and Trade, joined by representatives from the Department of Home Affairs and the Office of National Intelligence, where they discussed foreign and security policy issues.

Following the roundtable discussion, Senator Kitti, Ms Busaya Mathelin, former MFA Permanent Secretary and Ambassador Busadee paid a courtesy call on the Honourable Tim Watts, Assistant Minister for Foreign Affairs at Parliament House.  They were also joined by Mr Luke Gosling OAM, MP, Chair of the Australian Parliamentary Friends of Thailand Group.  The Thai side informed Assistant Minister Watts of the successful outcome of the Dialogue and discussed the importance of Thailand-Australia bilateral relations as well as the need to sustain the momentum of engagement with high level visits and exchanges.

Moreover, Senator David Van, former Chair of the Australian Parliamentary Friends of Thailand Group, kindly hosted a working lunch in honour of Senator Kitti, joined by Ambassador Busadee which gave them the opportunity to discuss current global and regional issues.

On 22 September 2022, Ambassador Busadee also took the opportunity to host dinner in honour of Senator Kitti at the Thai Residence which was joined by Heads of Team Thailand agencies represented in Canberra. 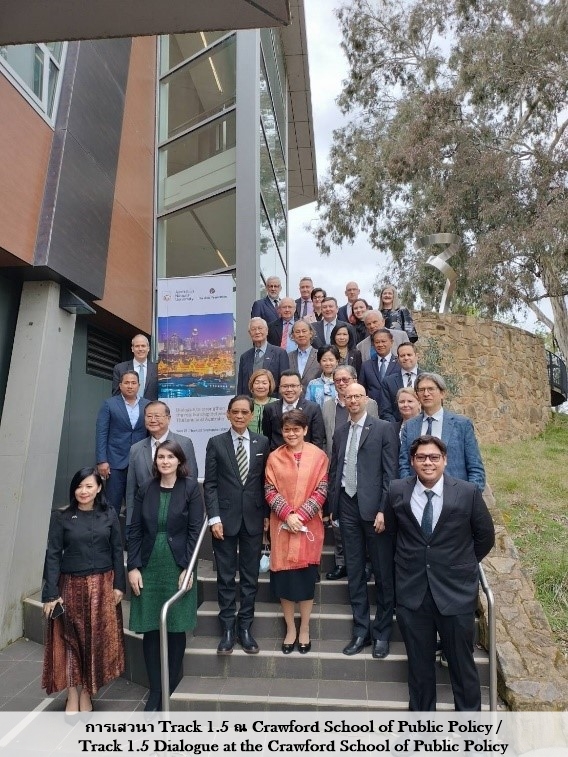 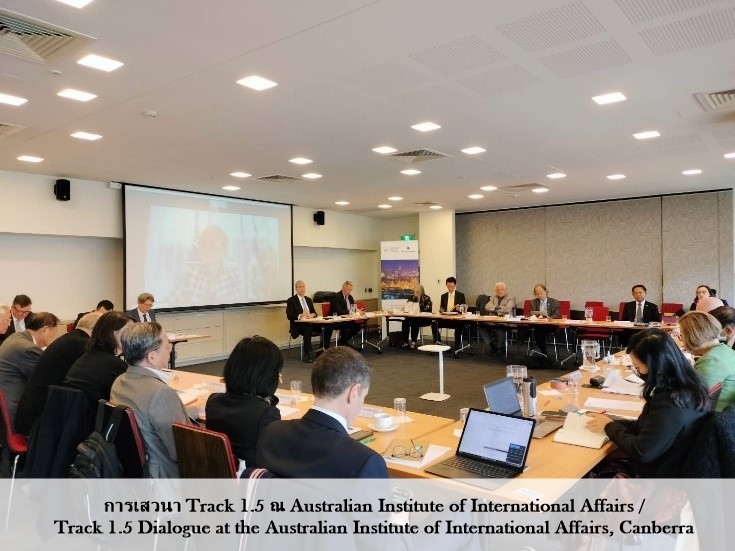 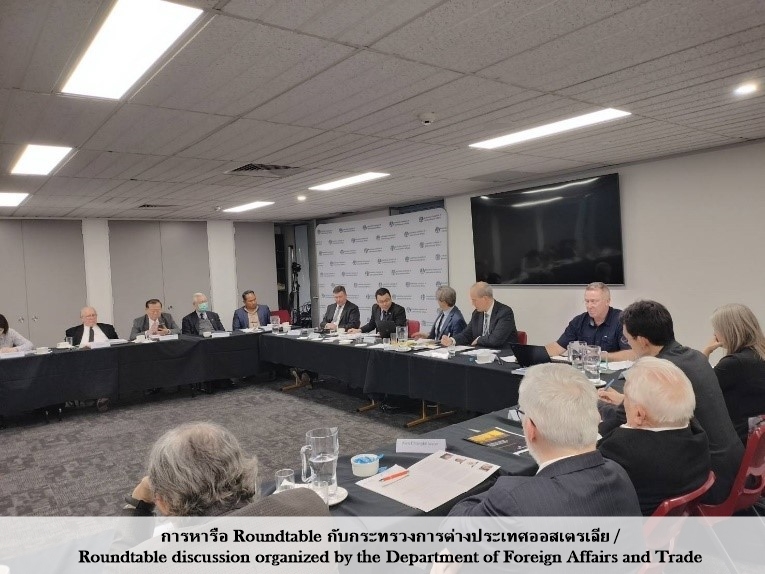 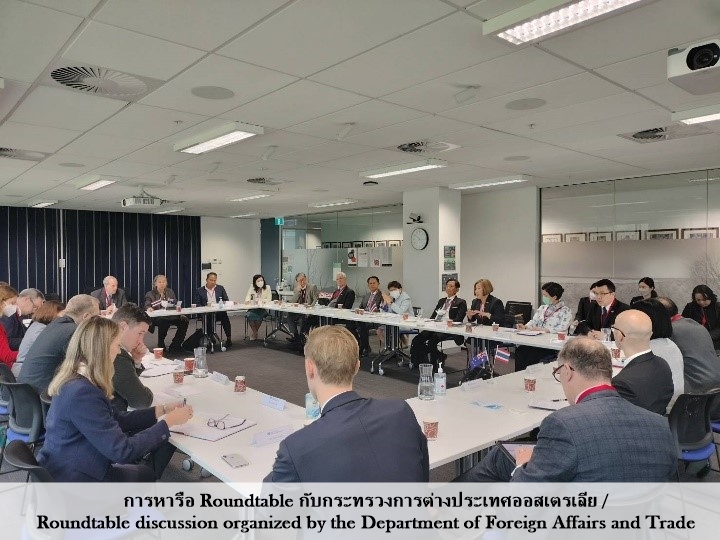 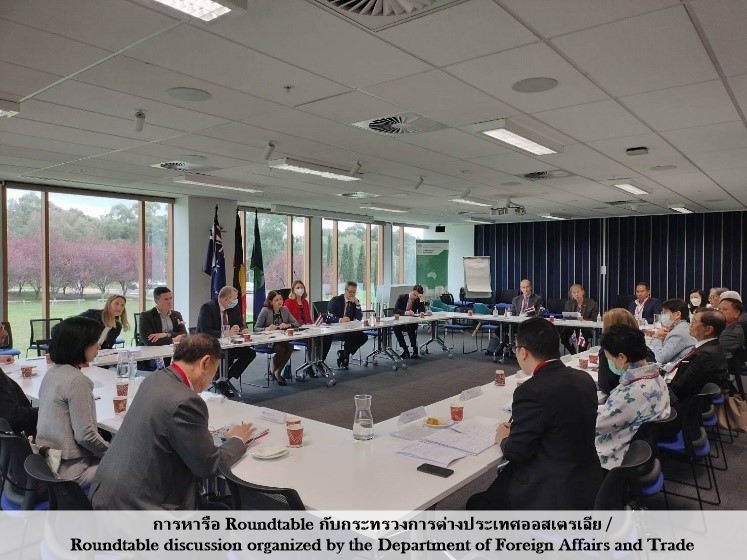 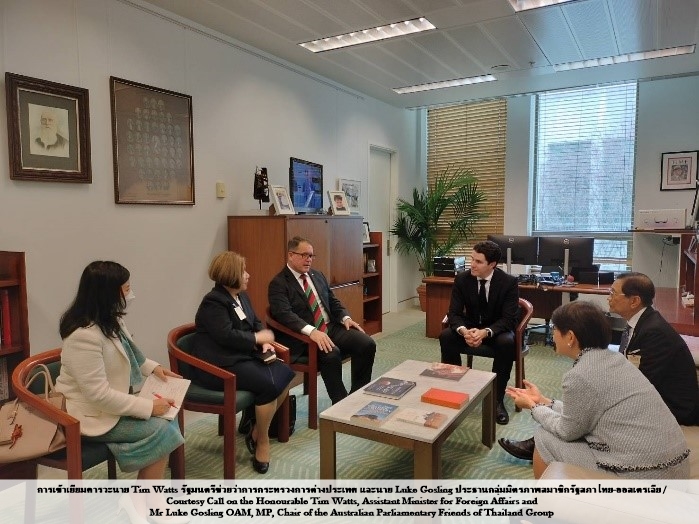 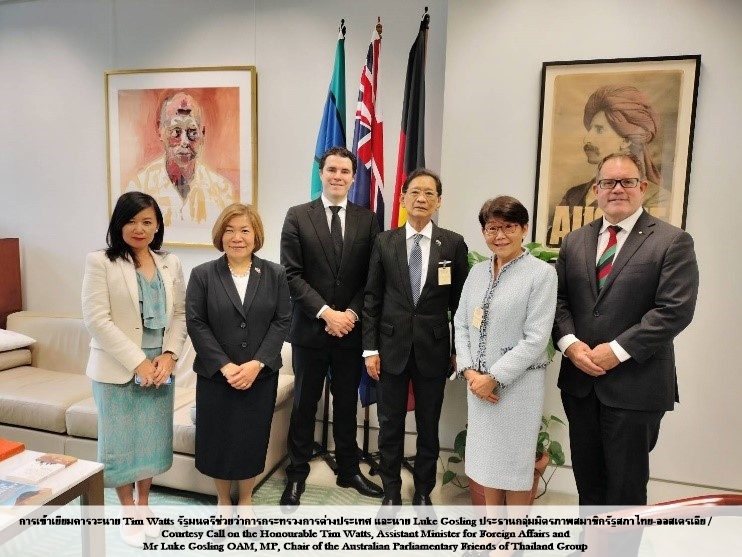 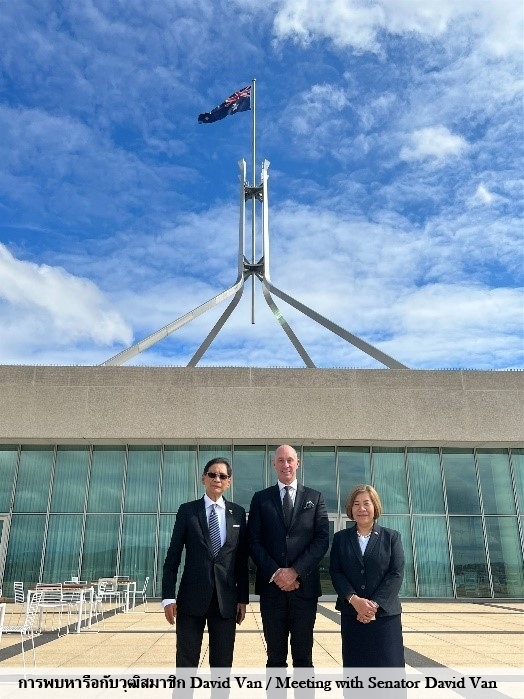 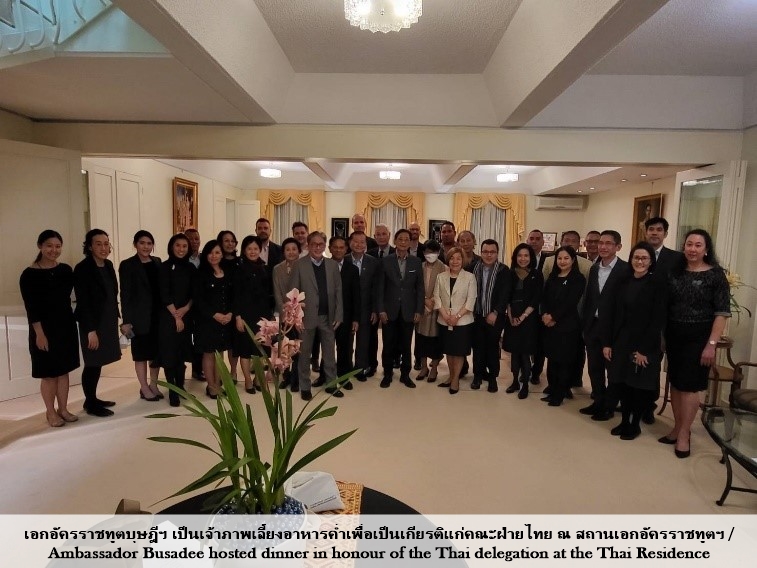