BANGKOK, June 26, 2020 /PRNewswire/ — Thailand’s success in containing the spread of COVID-19 has been attributed to many features found in many other countries, such as a robust healthcare system and active public cooperation. But one unique feature in Thailand, that is equally important, if not more, is the work done behind the scenes by the legion of over one million village health volunteers, who have effectively expanded public healthcare system to each and every remote village across the country, Ministry of Foreign Affairs of Thailand states.

This volunteer network was established in 1977 as part of a primary health care system to raise awareness and encourage community participation. Back in the 1970s, poverty, illiteracy and illness were the main obstacles of Thailand’s development, particularly in remote localities, the frontline in battling diseases. However, Thailand’s ratio of physicians per population back then made universal access to decent healthcare difficult. This is why the Ministry of Public Health initiated the ingenious village health volunteer programme, recruiting people from the local communities themselves, to fill in the shortage of medical personnel.

Primary health care development, including health volunteers, was incorporated into the 4th National Economic and Social Development Plan (1977-1981). Since then, the initiative has continued to flourish. Health volunteers have become one of the key components behind the overall picture of Thailand’s economic and social development in the last four decades.

The project was built on the spirit of volunteerism and sense of kinship among community members. Therefore, trust and cooperation were easily gained. Volunteers must be literate, have an occupation, live and work in the village, be respected by others, and be willing to help the community. They would be trained and supervised by provincial health officials.

To date, there are approximately 1,055,000 volunteers throughout the country, an extensive and proficient network that has strengthened public health capacity during crises. Being one with the communities, the volunteers can detect potential problems and alert the government before the problems escalate. They also provide vital health information to villagers on a personal basis, a simple yet highly effective preventive measure, particularly when access to the internet is limited. The volunteers also serve as an excellent intermediary between the authorities and the communities who are more likely to listen and trust one of their own.

Chatchai Phongpornpaisal, head of the health volunteers in Ban Namtuang Village in the northern mountains of Nan province, elaborated that when people started returning home during the COVID-19 outbreak, the volunteers were tasked to collect information from those returnees, especially whether they came from high risk areas. Had this task been undertaken by the authorities, it would have been much more difficult due to the lack of trust and confidence.

Another interesting example is Narathiwat province. Volunteers were able to persuade Muslim communities to take precautionary health measures against COVID-19 by informing the villagers that they should cherish their bodies, as given by Allah, as much as possible.

When Thailand applied measures that led to temporary closures of many businesses, several thousand people became jobless and moved back home. Such exodus from the capital aroused concerns that COVID-19 could spread dispersedly. However, this mishap did not happen, partly because of the dedicated and resourceful volunteers who screened returnees and set up local quarantine systems in spite of the shortage of facilities.

Some even argued that it was actually beneficial for people to go back to their hometowns since local health volunteers could screen and monitor them more closely than would have been the case if they had stayed in Bangkok.

Scholars like Francis Fukuyama mentioned that this pandemic underlines the indispensable role of the state in managing crises. Other observers noted that the competent civil service plays a great role in the Thai case. However, the success of Thailand’s village health volunteers reminds us that when a crisis befalls, the more stakeholders, the merrier. Besides being a perfect complement to existing state mechanisms, this initiative entails a simple but necessary participatory approach, empowering the people to take ownership of their own health status.

The health volunteer model can certainly be applied anywhere. The value of volunteerism and social service is universal and inspirational in this perilous time. Given their willingness to risk themselves for the greater good, the volunteers are Thailand’s unsung heroes who expect nothing in return but the smile and laughter of people who appreciate their selfless deeds. 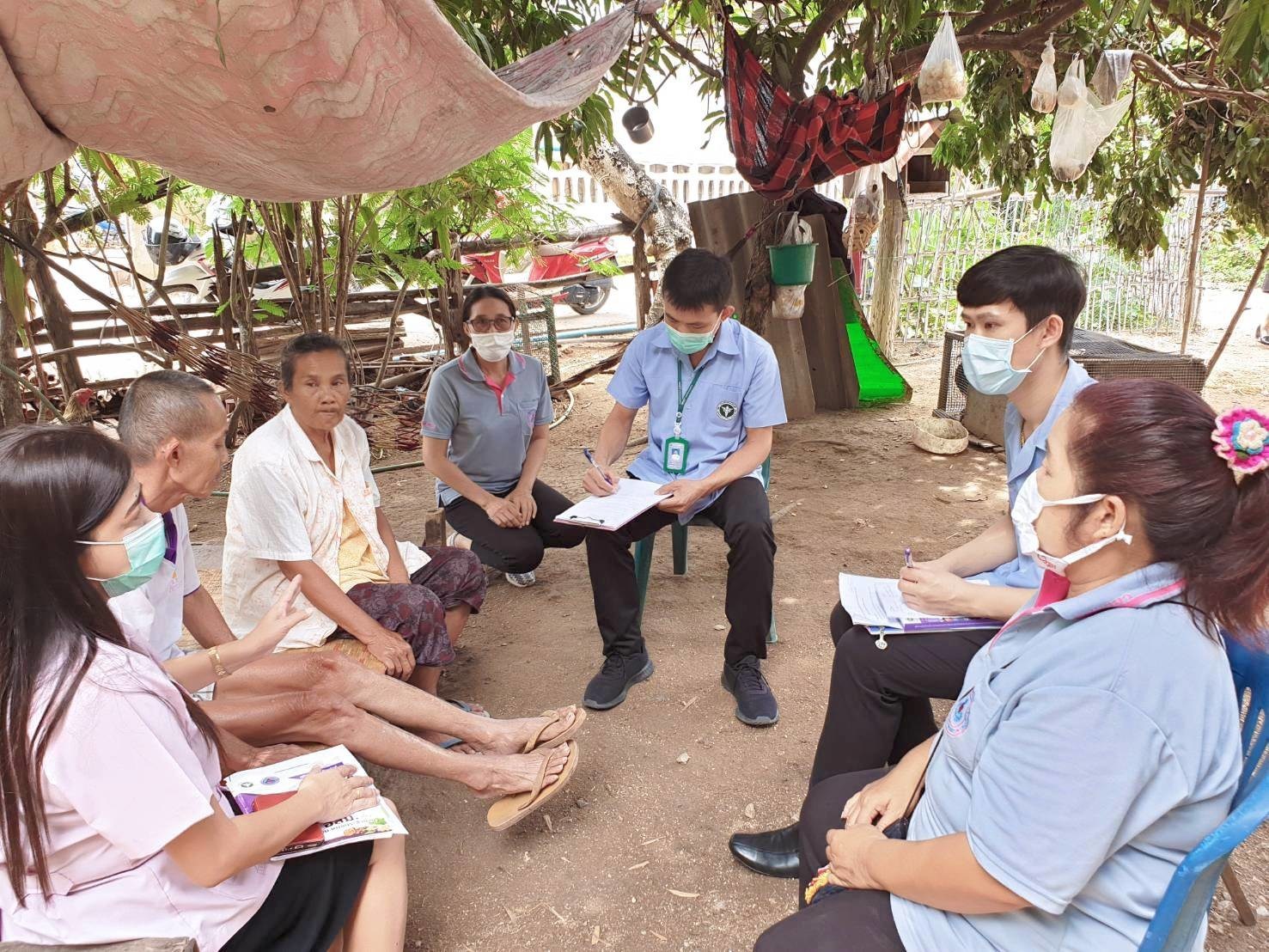 Local health volunteers providing health information to villagers on a personal basis, which is a simple but highly effective preventive measure. (Photo provided by the Ministry of Public Health, Thailand)