On 1 June 2022, on the Auspicious Occasion of Her Majesty Queen Suthida Bajrasudhabimalalakshana’s Birthday Anniversary, H.E. Ms. Busadee Santipitaks, Ambassador of the Kingdom of Thailand to the Commonwealth of Australia led Team Thailand agencies represented in Canberra and spouses as well as members of the AustraliaThailand Association, Canberra (ATA) and Women’s International Club (WIC) Canberra in a community service activity as part of His Majesty King Maha Vajiralongkorn Phra Vajiraklaochaoyuhua’s initiative to continue, preserve and build upon His Majesty King Bhumibol Adulyadej The Great’s legacy by doing “good deeds from our hearts”. The Royal Thai Embassy, together with Dhammadharo Buddhist Temple, Thai agencies represented in Canberra as well as members of ATA and WIC donated essential items such as winter clothes, blankets, household products, foodstuff, toys, bicycles for children and women to Hands Across Canberra to distribute to the ACT communities in need. The donated items were presented to Mr. Peter Gordon, CEO of Hands Across Canberra joined by Ms. Julia Lieser, Grants and Partnerships Manager.
Hands Across Canberra is a charity organisation established since 2010. The organization aims to assist people in need including women and children suffering from domestic violence as well as refugees and ACT communities in need. 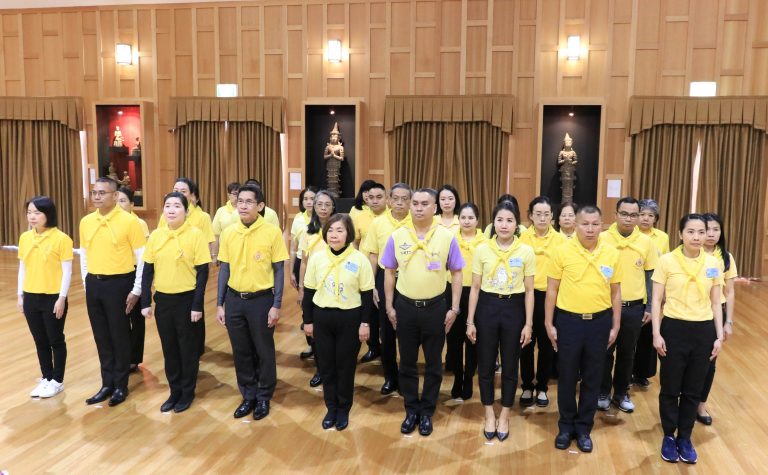 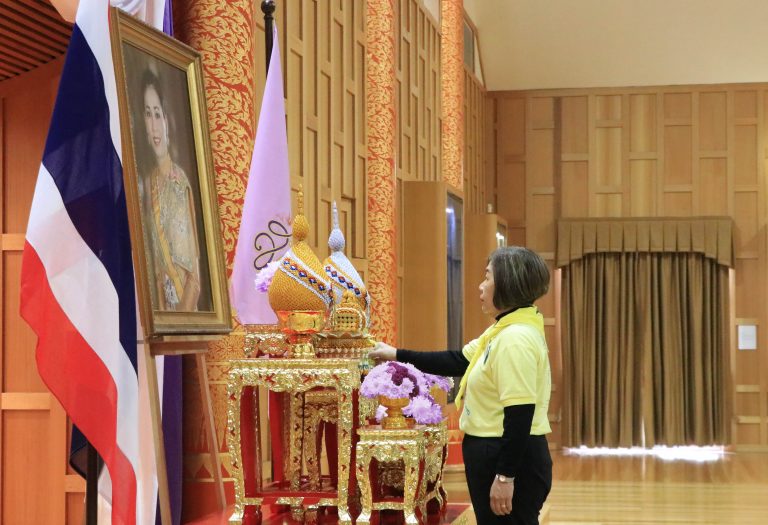 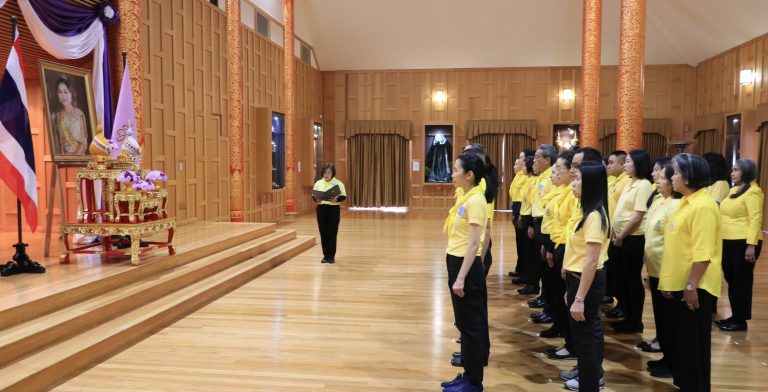 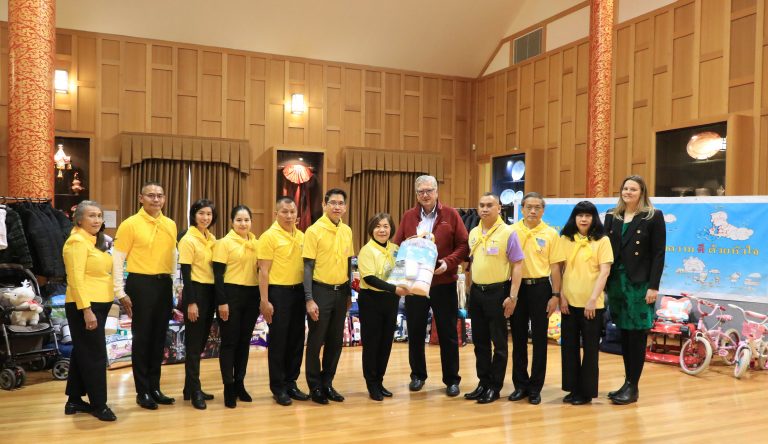 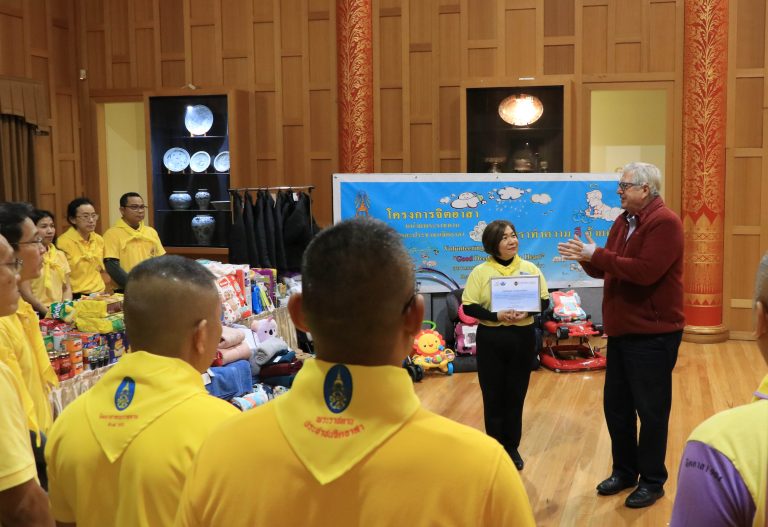 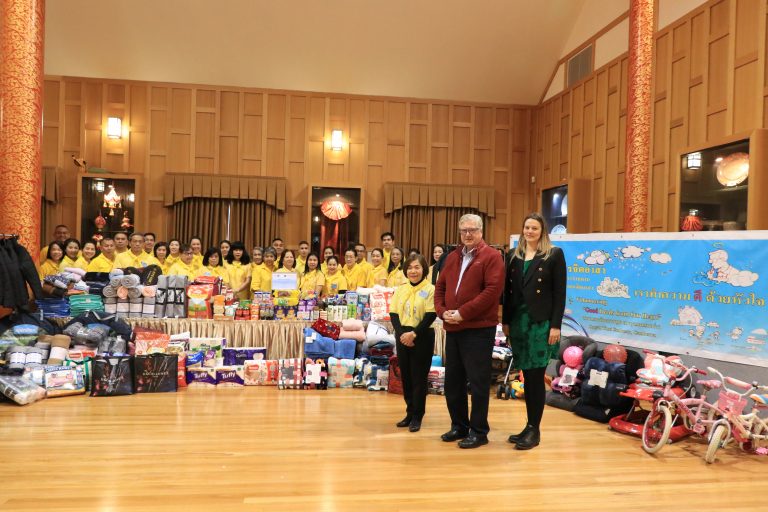 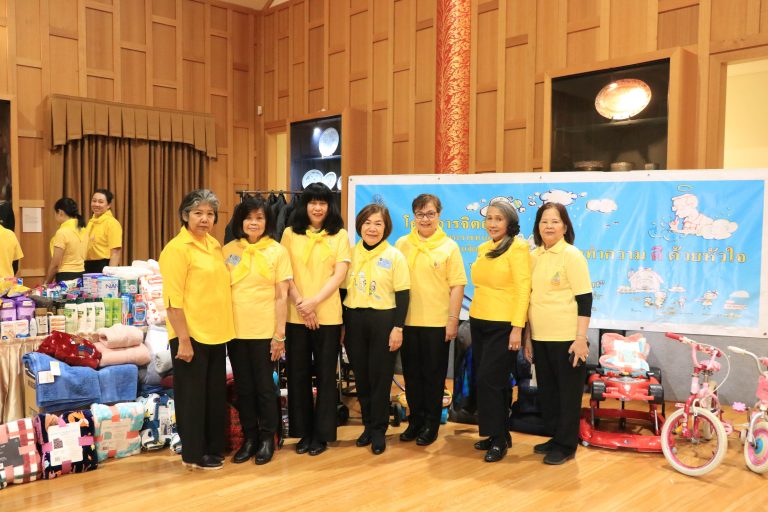 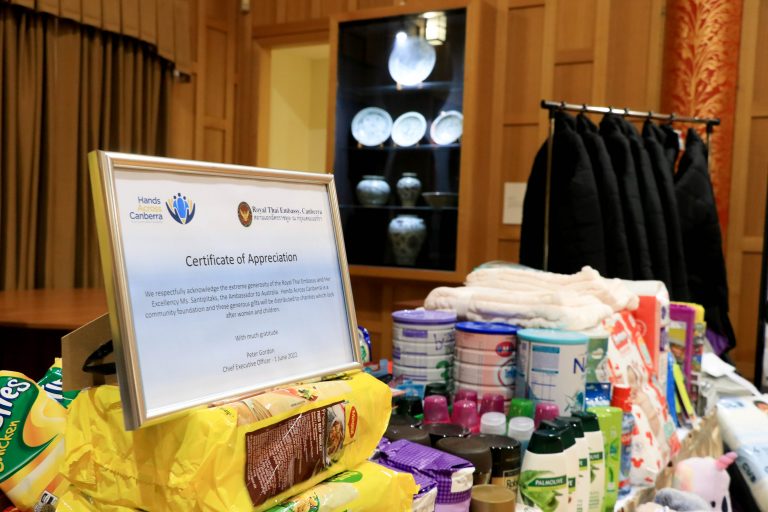 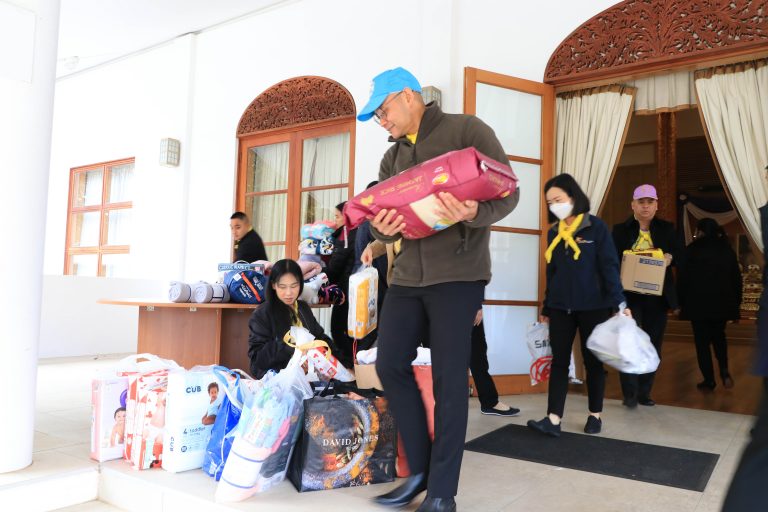 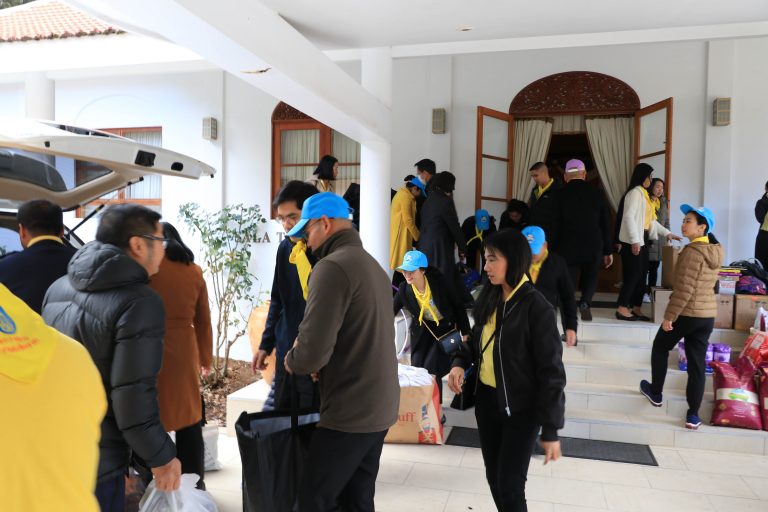 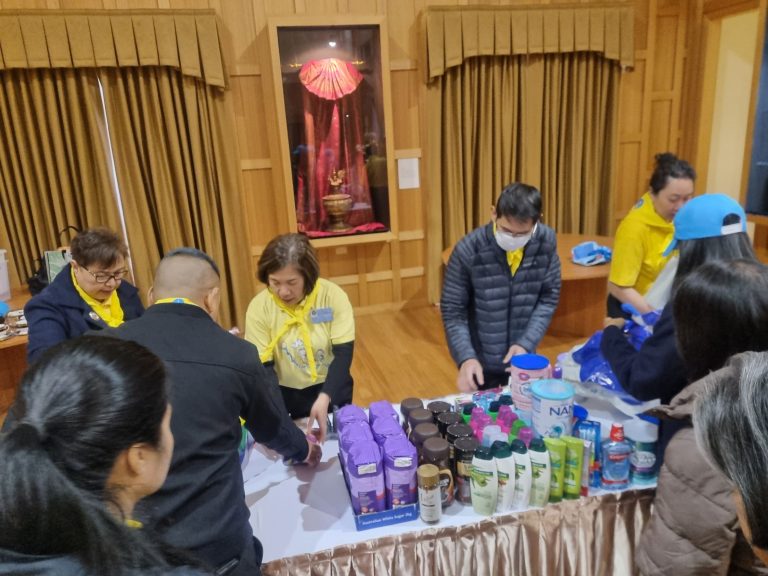