On 1-5 March 2022, General Chalermphon Srisawasdi, Chief of Thai Defence Forces, together with his delegation paid an Official Visit to Australia.  On 1 March 2022, General Chalermphon paid a visit to the Royal Military College (Duntroon) and was welcomed by Brigadier Ana Duncan, Commandant of the Royal Military College.  The delegation was briefed on the College’s military curriculum and was shown to the gallery of photos of the time that His Majesty King Vajiralongkorn’s spent studying at the College.  On 2 March 2022, General Chalermphon met with General Angus Campbell, Australian Chief of Defence Forces, at the Australian Department of Defense.  Both sides reaffirmed the importance of Thai-Australian defense relations and the existing military cooperation. General Chalermphon also exchanged views at the Special Chiefs of Services Committee meeting as well as visited the Headquarters of Joint Operations Command. The delegation also visited the Australian War Memorial and attended the Last Post Ceremony to lay wreaths in commemoration of fallen soldiers.

(photo credit: Office of the Defence and Air Attache) 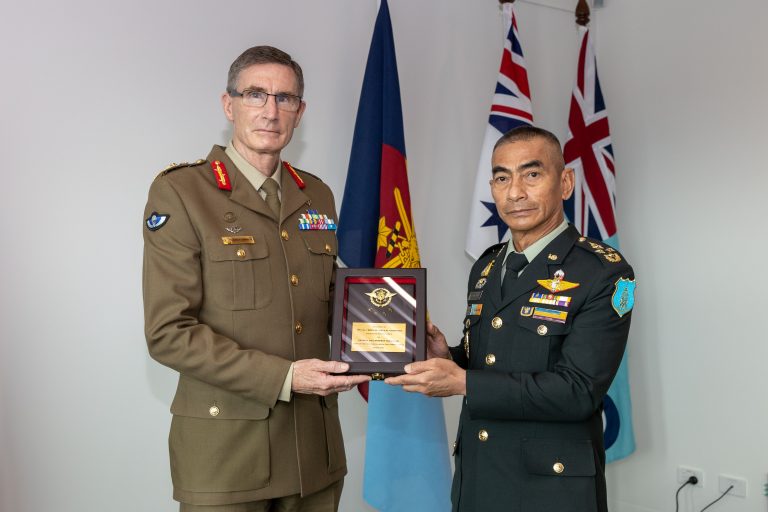 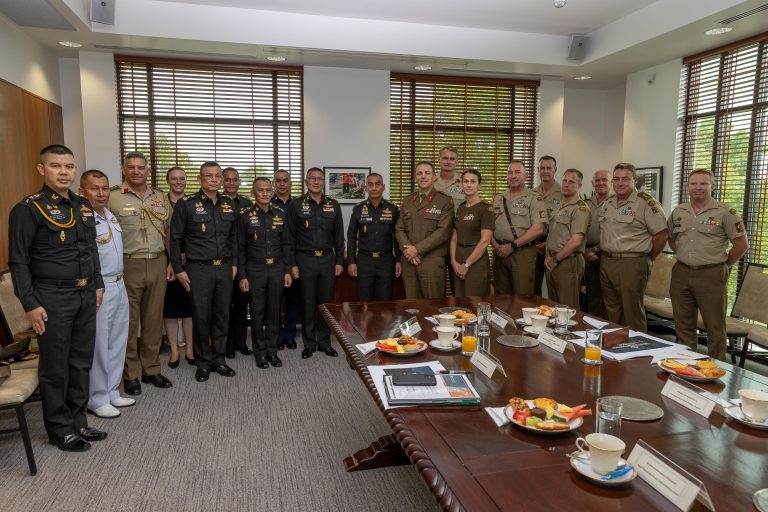 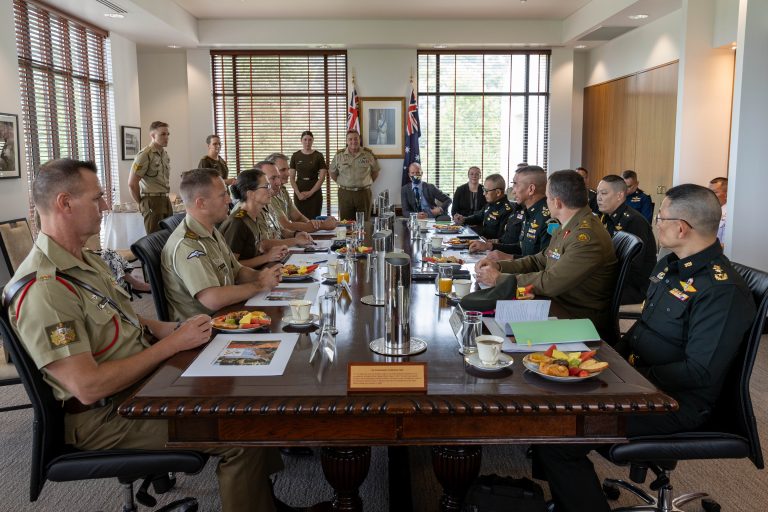 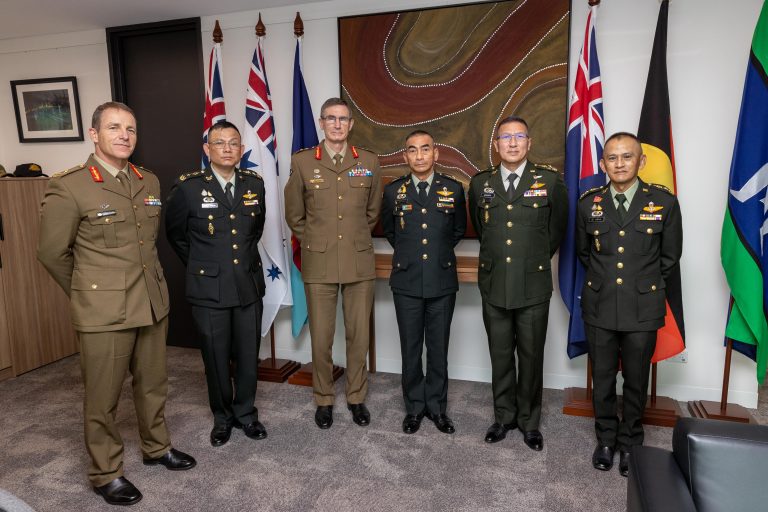 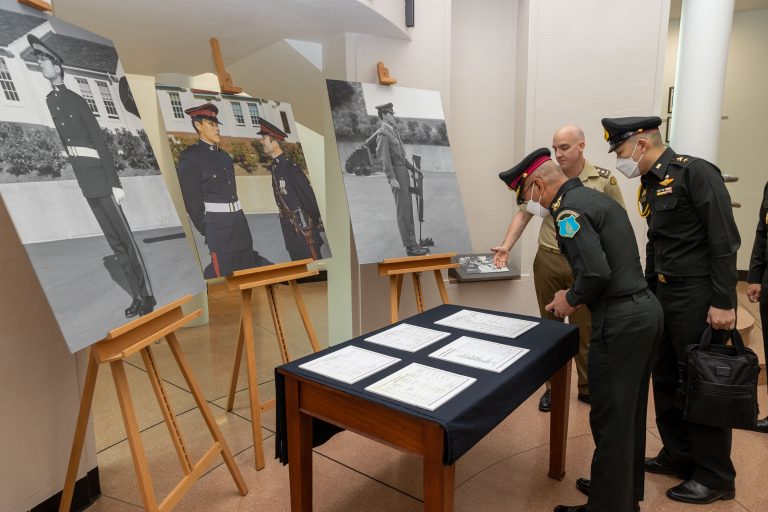 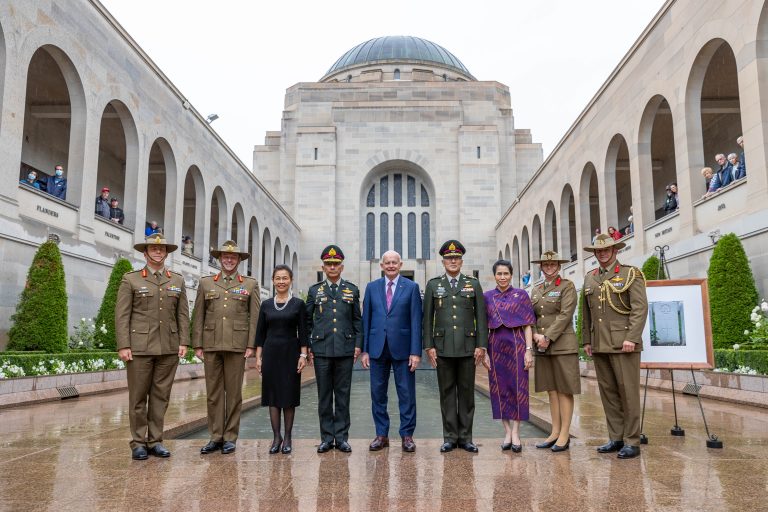